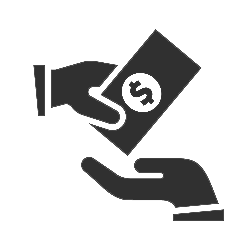 Bitcoin, as any other type of money, is able to act as a means of payment. Bitcoin payments are supposed to be fast, secure and private, but there are some complications. Since every Bitcoin transaction must be recorded in the blockchain, the growing amount of strain on the network has resulted in transactions taking nearly four days to complete. As miners are paid with the fees from recording transactions, larger fees could help speed up your transaction, but this makes it unreasonable to pay with Bitcoin for small purchases, which are always the majority of transactions. These problems resulted in a hard fork and the establishment of Bitcoin cash, which is much faster and cheaper for payments. Other cryptocurrencies were made as an alternative for Bitcoin payments, by storing them in public blockchains or by getting rid of established mining pools, possibly resulting in the ability to double-spend a Bitcoin, if a successful 51% attack is performed.