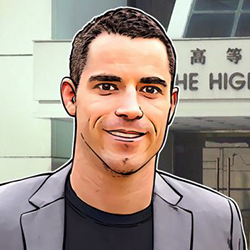 Named the Bitcoin Jesus, Roger Ver is one of the first to make a serious investment into bitcoin in early 2011. Not only has he invested millions of dollars in different startups connected with cryptocurrency, his company was the first to start accepting it as a payment. These days, Roger Ver speaks at various conferences and meetings connected with Bitcoin.
The latest news about Roger Ver mostly concerns the division of the blockchain between the familiar Bitcoin (BTC) and Bitcoin Cash (BCH). The new currency uses the same blockchain, but with blocks which are 8x larger, which is supposed to allow for more transfers. In addition, BCH doesn't have a specific team of developers like BTC, but rather several decentralized groups. Such decentralization implies better security for the protocol from recurrences or destruction.